Institute for Families in Society 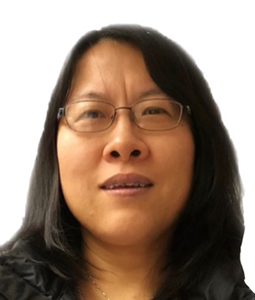 Before coming to the US, I worked as a Radiologist, interpreting X-ray images for 4 years. After earning my MD degree in Ophthalmology, I worked as an Ophthalmologist for 2 years diagnosing eye diseases and performing eye surgeries for diseases such as cataracts and glaucoma.

After earning my MPH in Biostatistics, I worked for one year as data coordinator and analyst at the University of Pittsburgh Medical Center. My major responsibilities included the use of SPSS to design procedures and develop statistical methodologies for NIH-funded psychology study data. I was also responsible for answering data requests from outside investigators.

I began working as a Research Associate and SAS programmer at IFS in 2005. My major responsibilities are to use SAS to conduct data management and statistical analysis for Medicaid data and projects. In my role, I have completed a number of large data projects. I began working with quality reporting, including a Healthcare Effectiveness Data and Information Set (HEDIS) project, analyzing annual visit rates for different ages and disease rates and these rates were then calculated to compare health plans, state and national rates.

Since 2011, my work focuses on the analysis of the annual consumer health care satisfaction survey (CAHPS) for state reporting. Additionally, I utilize other software including the Clinical Risk Group (CRG) and Diagnostic Cost Group (DxCG) to analyze the Medicaid population and provide clinical and behavioral health risk scores for use in a wide spectrum of analyses and visualizations across IHPR research teams.